With this ongoing series of Memorials, I invite the viewer to viscerally experience the obscene human cost of war while attempting to behold and digest the staggering scale of innocent lives lost. While not often framed as such, this is a feminist issue, which I address on two fronts; first, by subverting the traditionally hyper masculine gendered aesthetics of war memorials in both my materiality and process; second, by highlighting and humanizing the innocent civilian casualties of war, a sweeping percentage of which includes women, children, minorities, the poor, and other marginalized groups. My work aims to challenge the patriarchal perception of war as valorous with the feminist notion that war (like most social ills) is disproportionately experienced by the most vulnerable members of society. 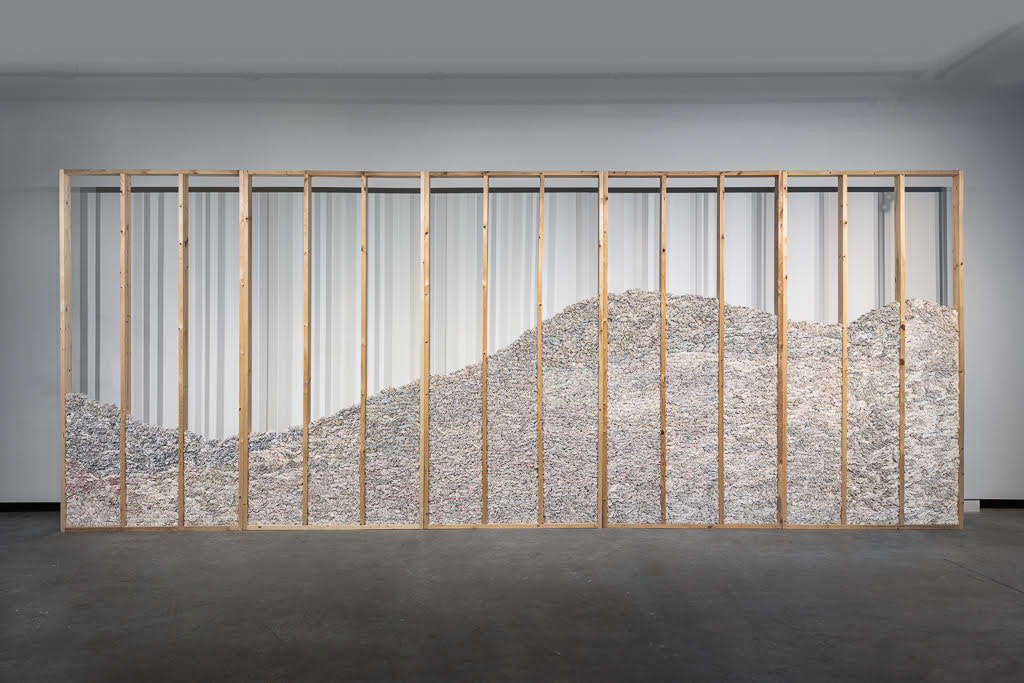 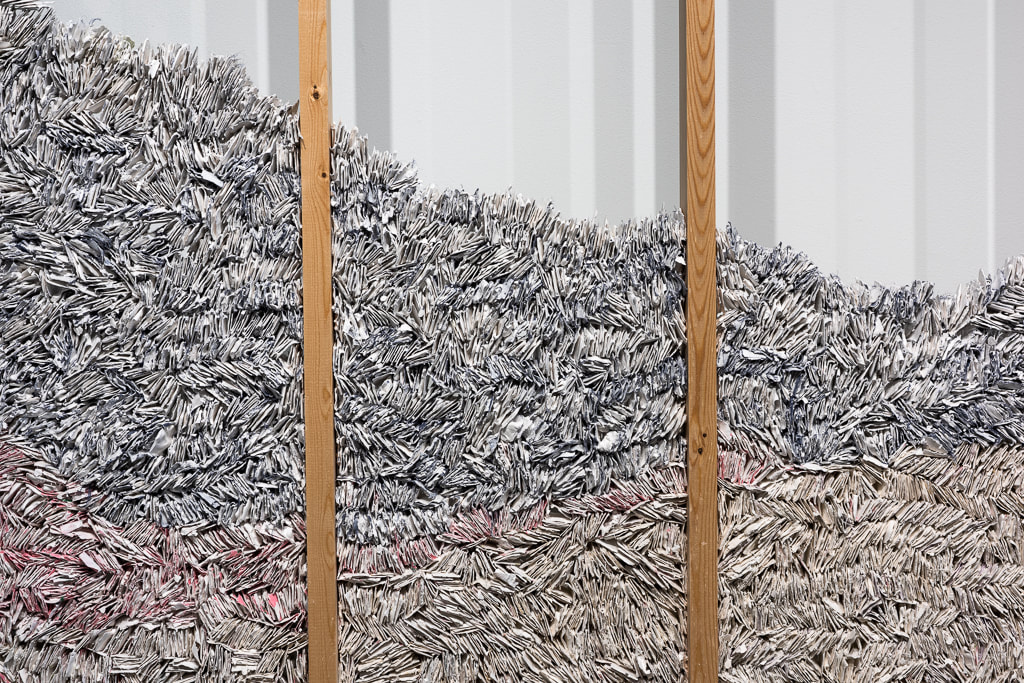 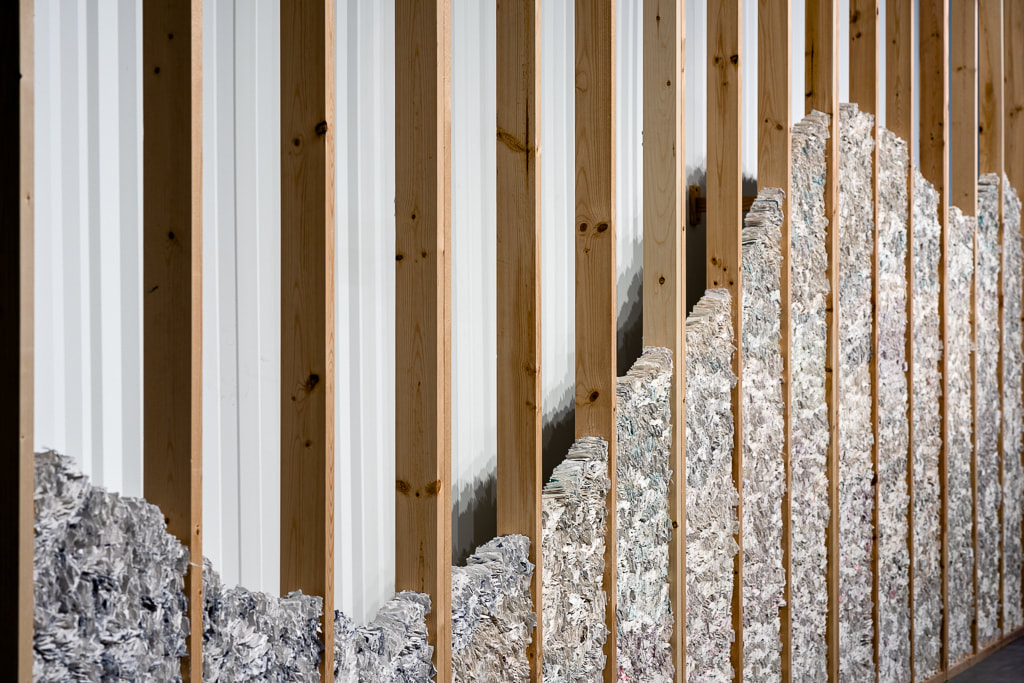 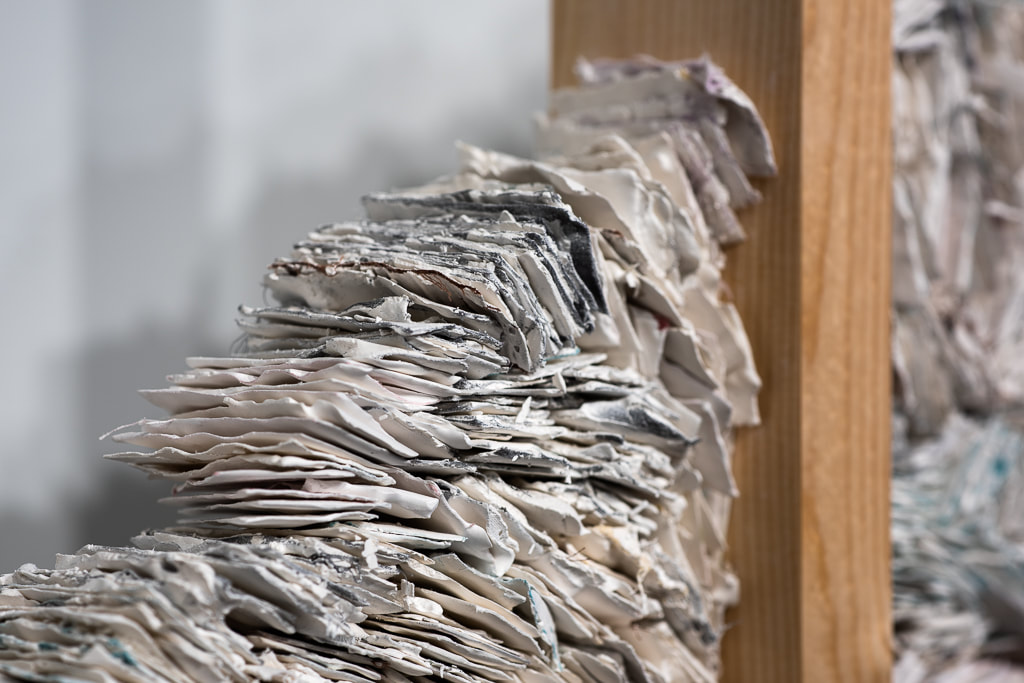 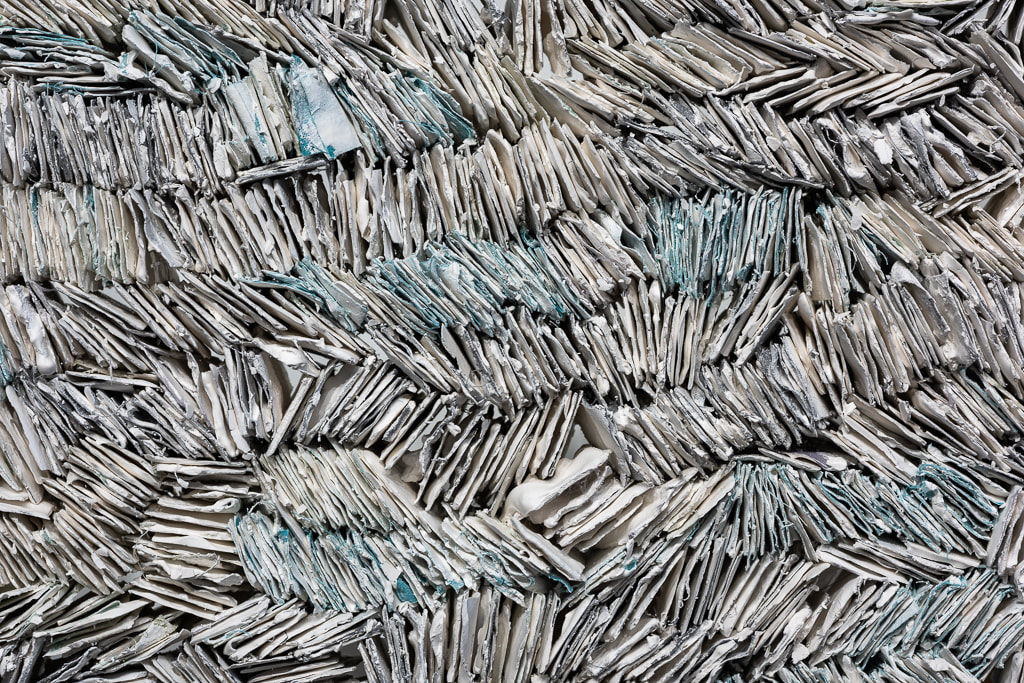 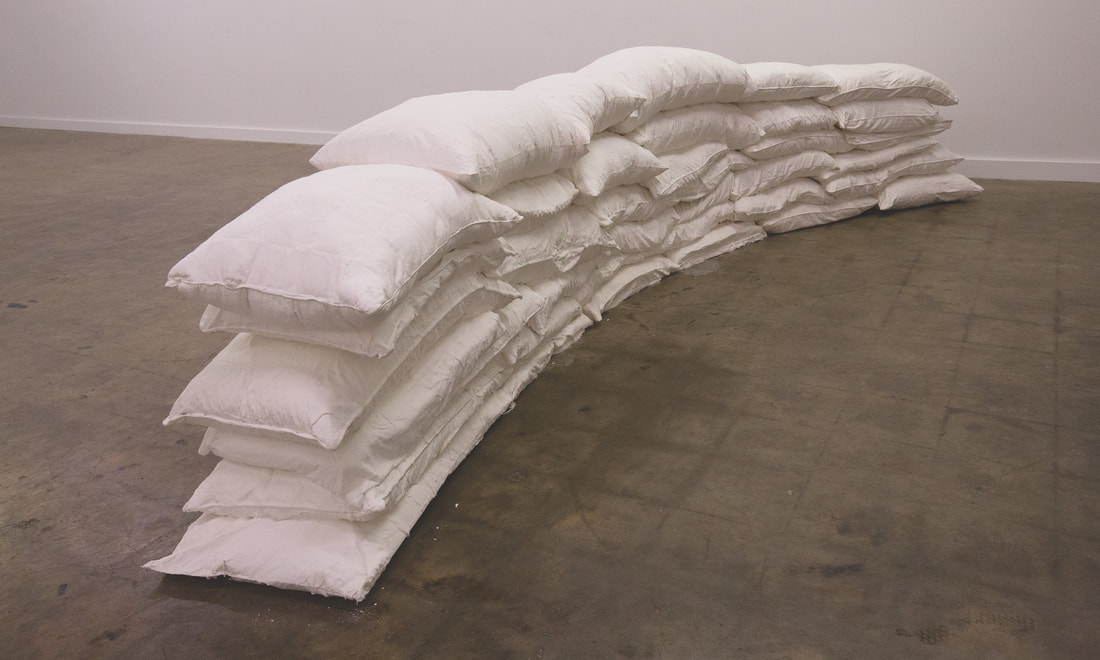 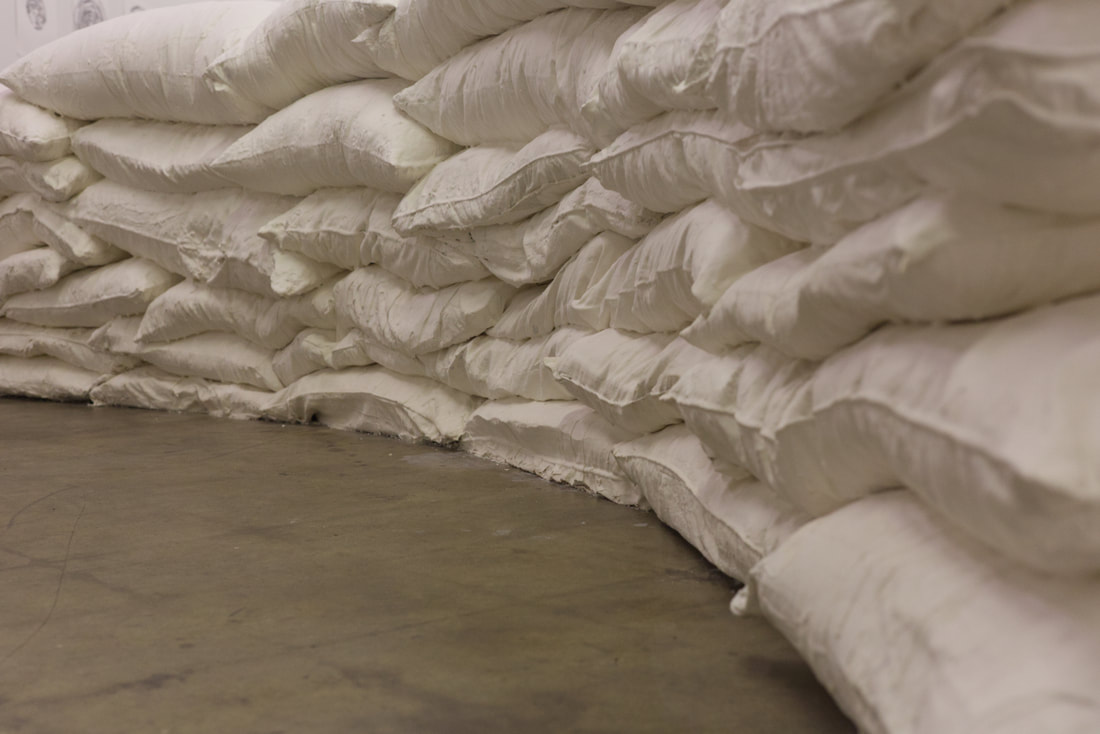 In 2019, after having lost my neighbor to domestic violence, I extended my memorials project to investigate violence against women in the United States—itself a kind of war being waged in the intimate domestic spaces near to me. The series Ever After also responds to the same incident. 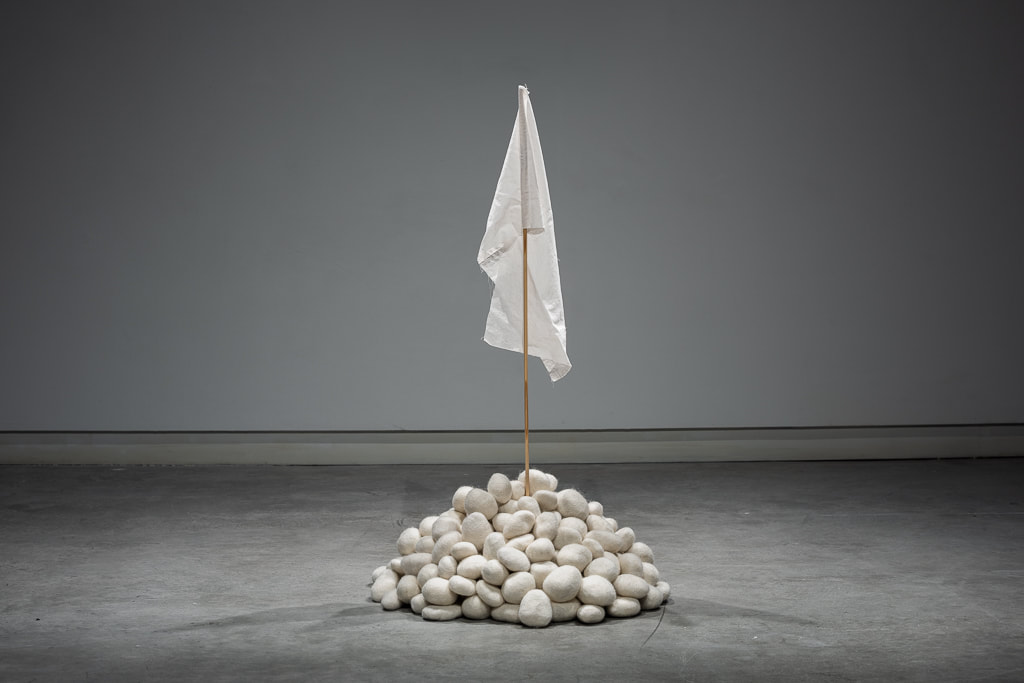 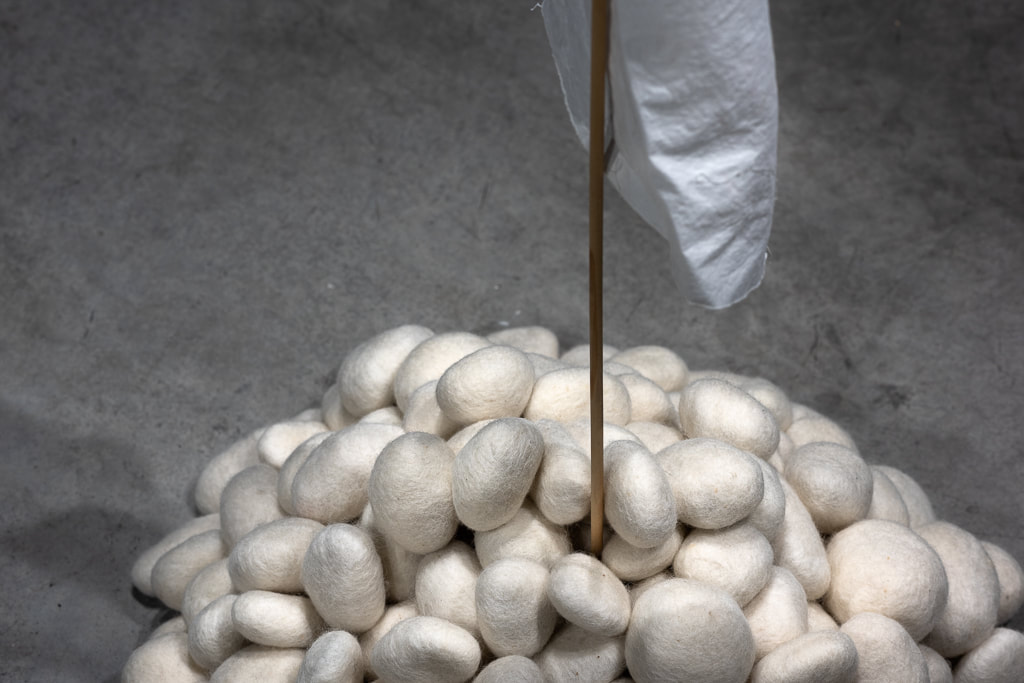 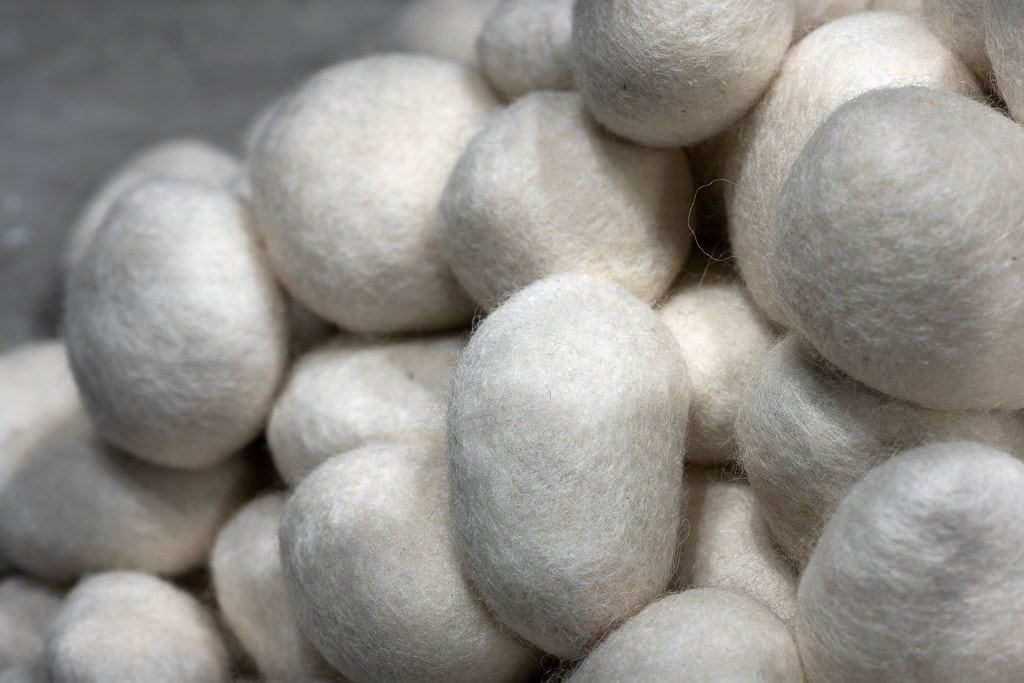 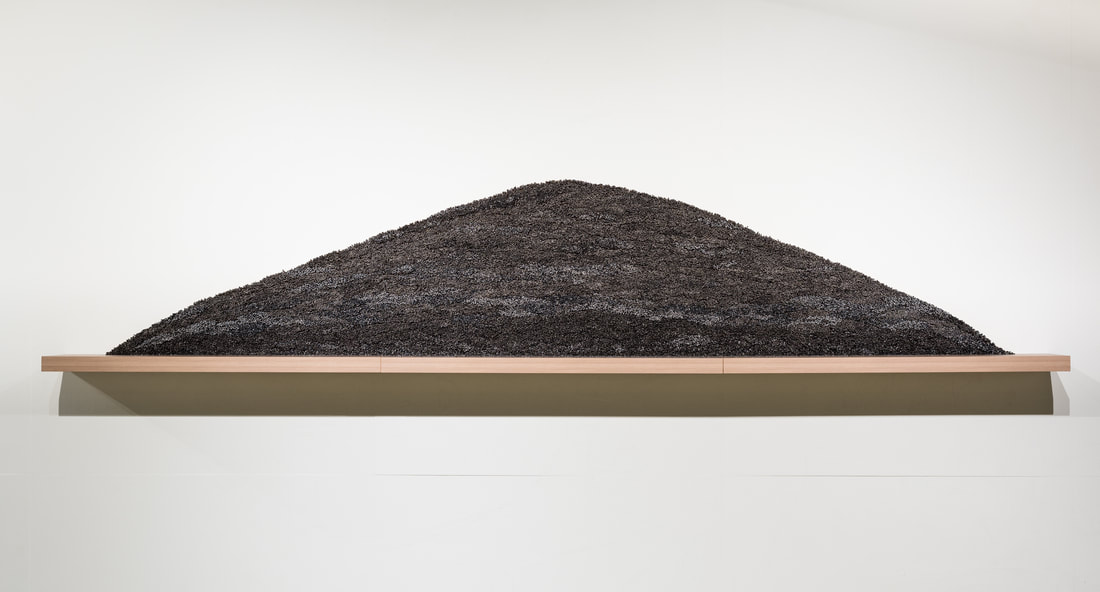 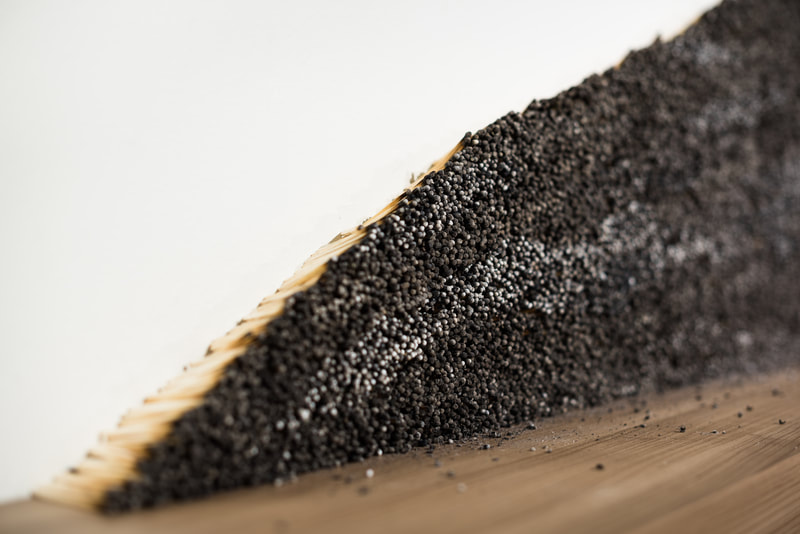 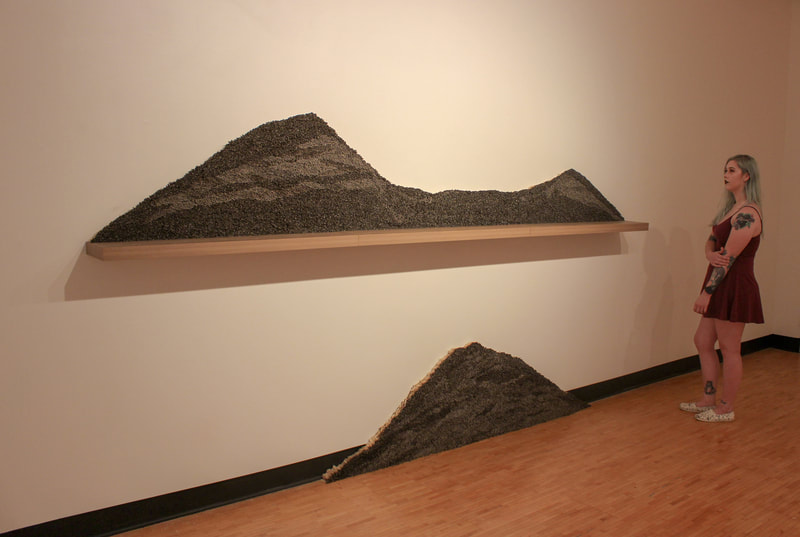 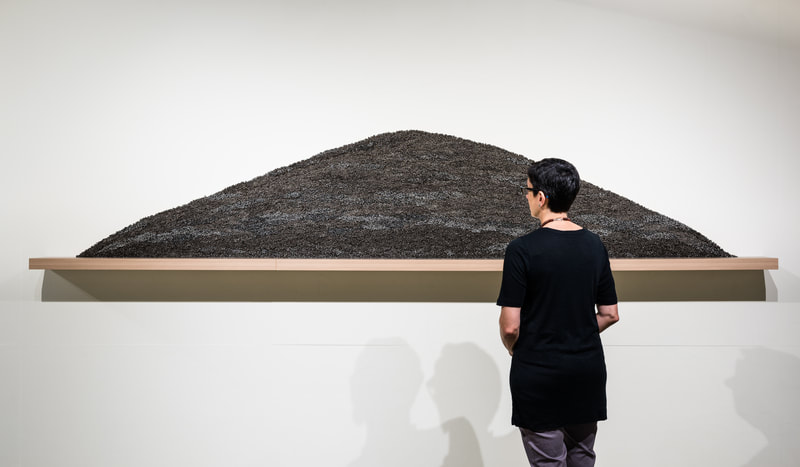 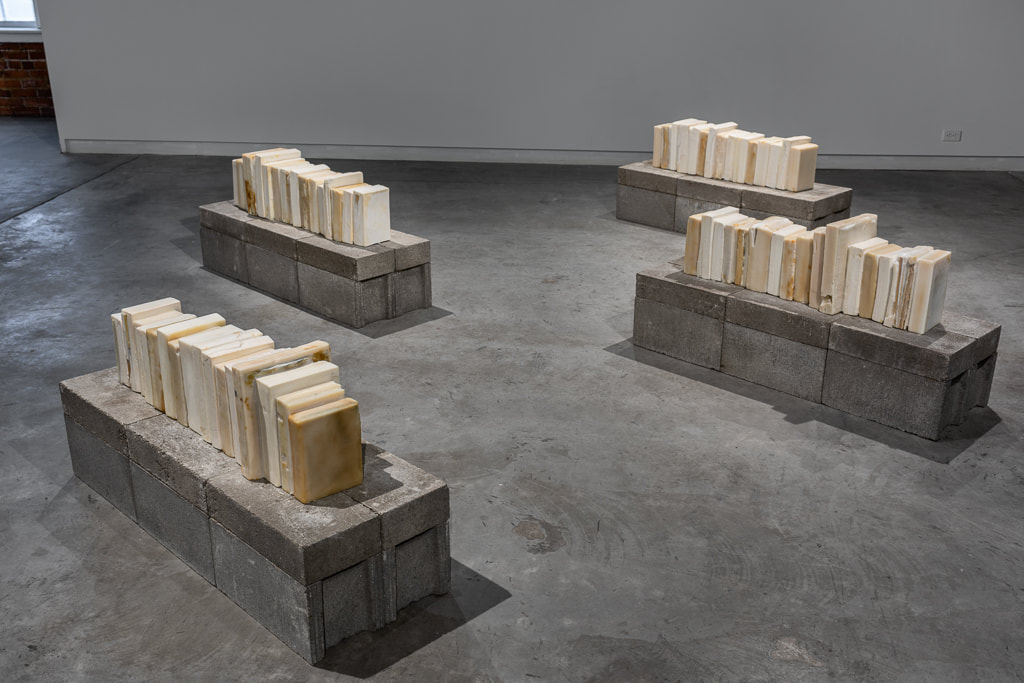 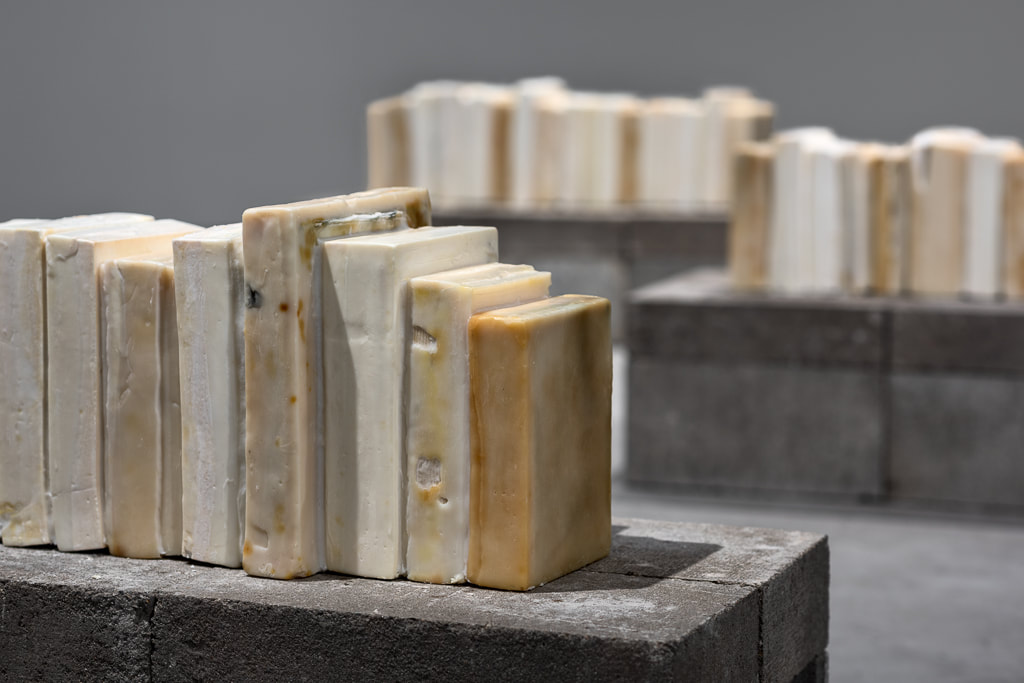 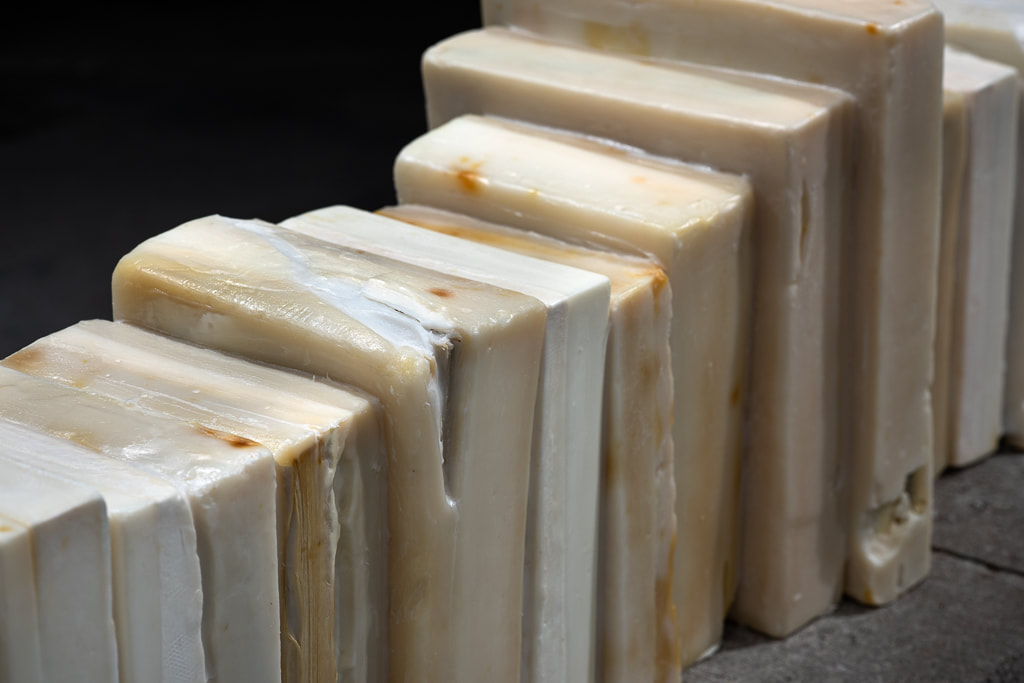 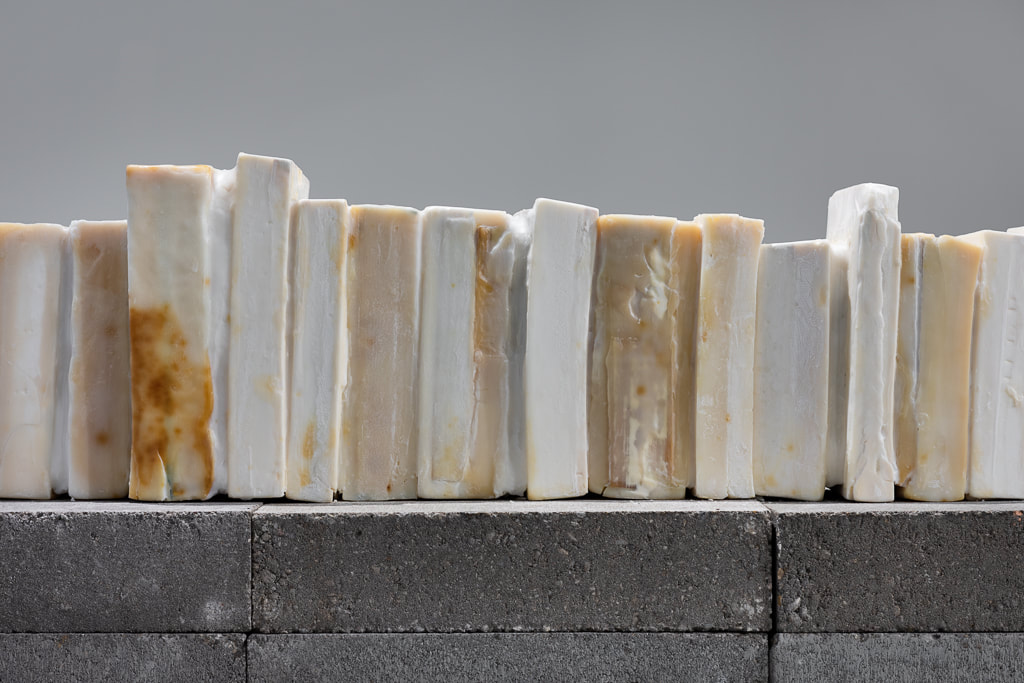 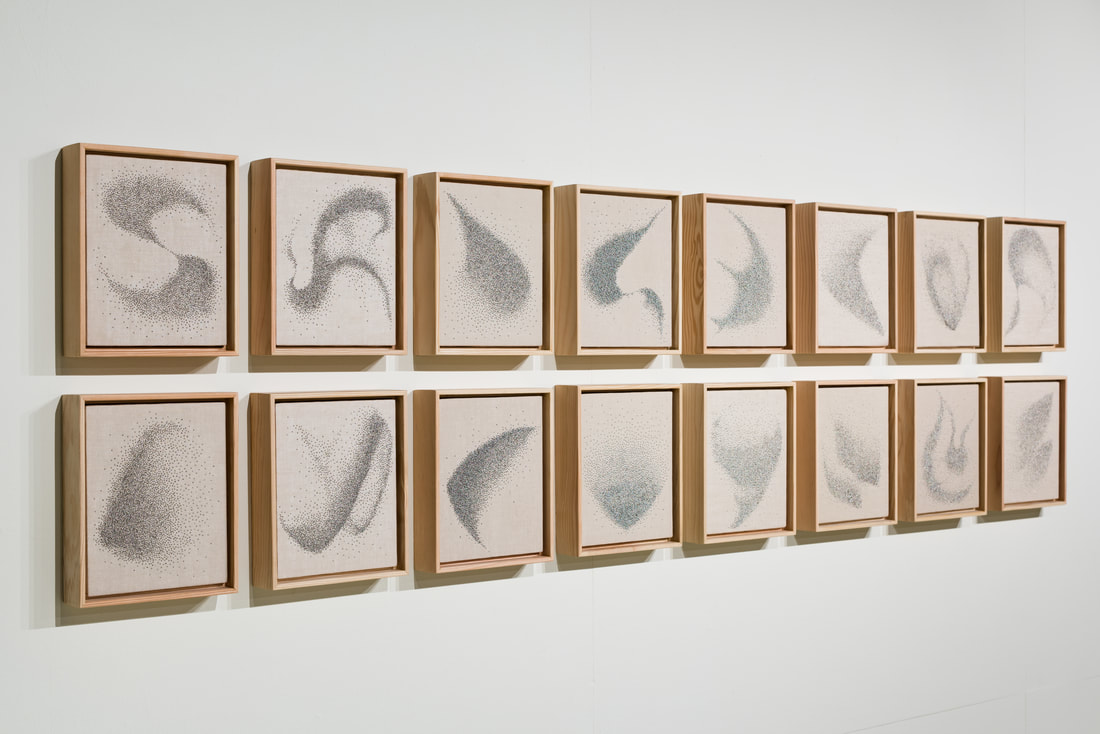 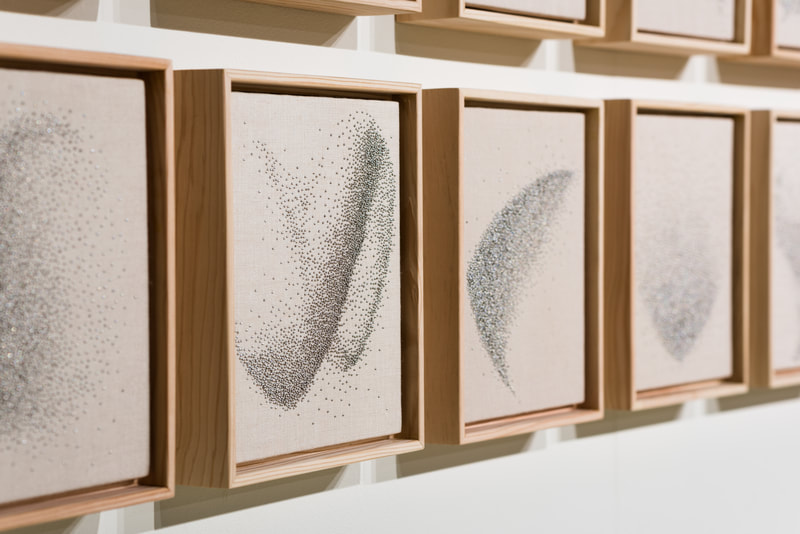 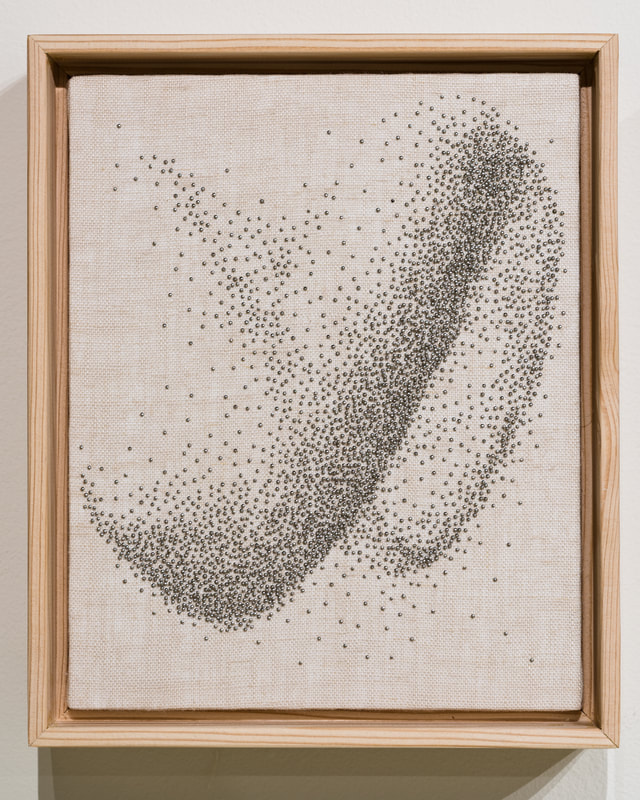 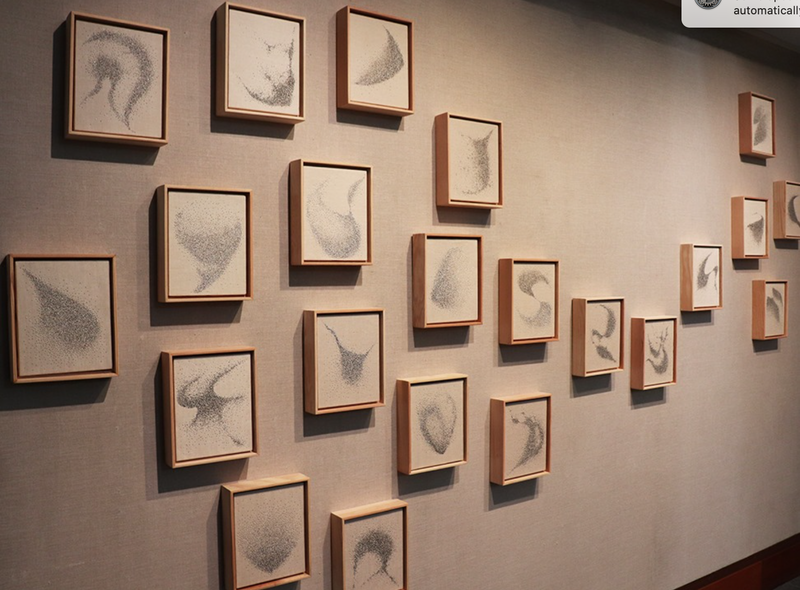 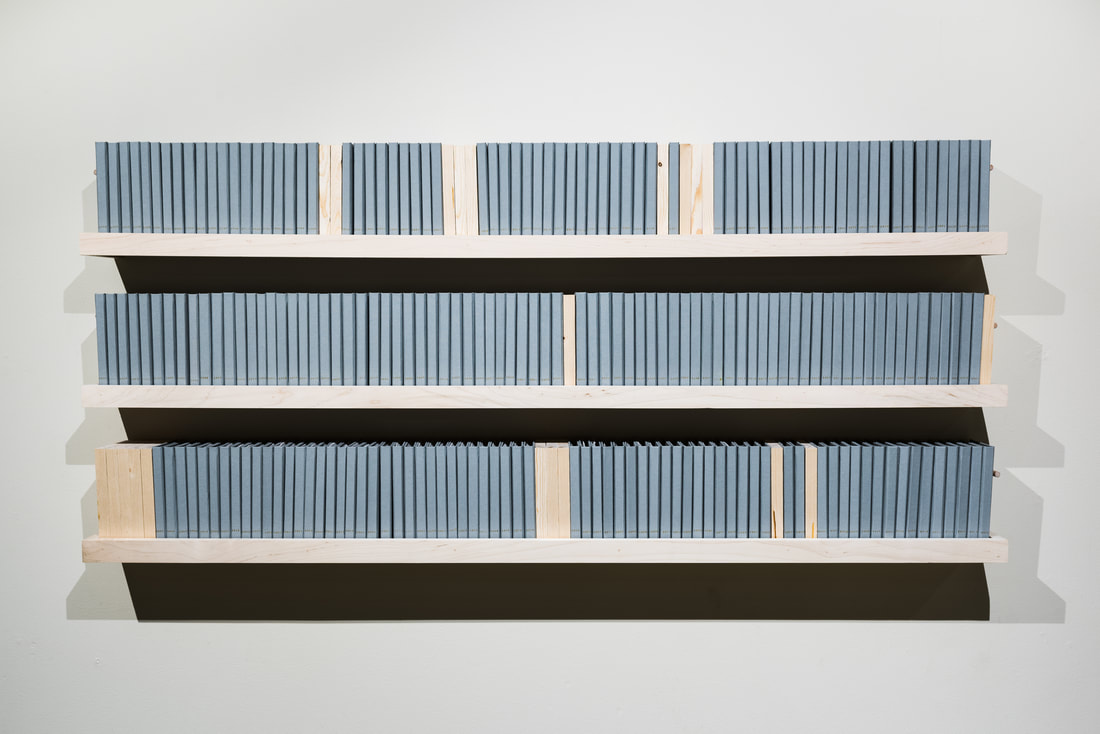 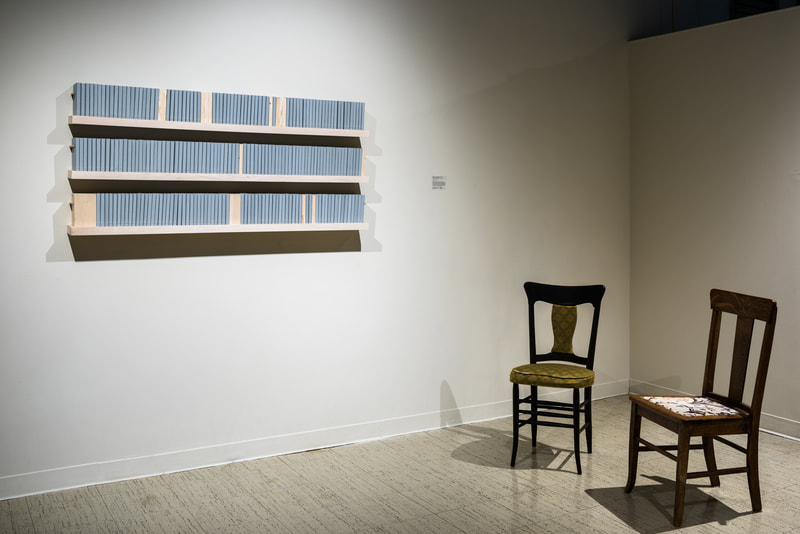 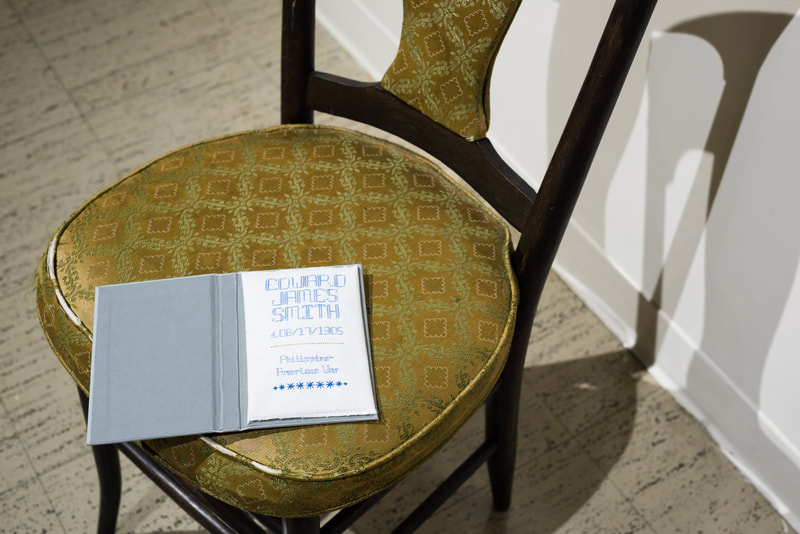 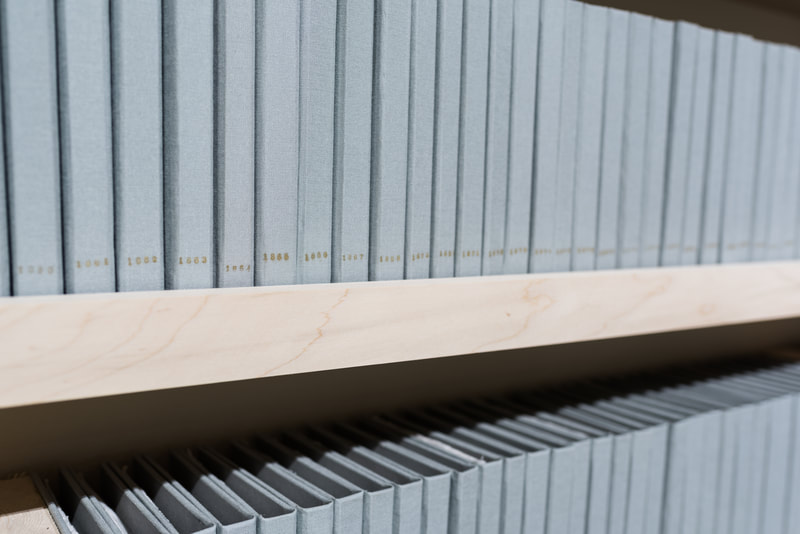 Epitaphs for Edwards, 220 artists books each with a hand-stitched epitaph inside, 2016.
​
​The needlepoints are epitaphs for American soldiers that died in conflict named Edward, soldiers that share a name with the artist’s young son. The needlepoints were made with the help of 41 volunteers from across the country- mothers, aunts, sisters, friends- all tenderly commemorating an Edward they don’t know but collectively grieve nonetheless.
Unmended, 320 needles, red yarn, 2010-2016. A memorial to allied soldiers killed in Iraq since 2003 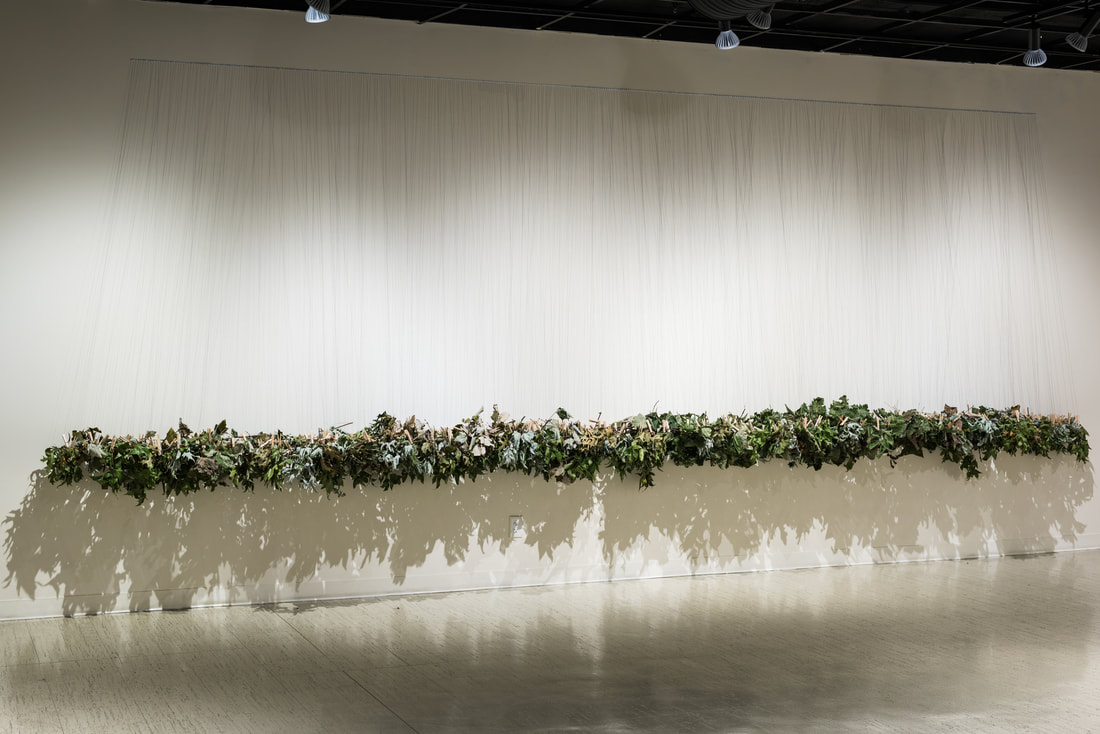 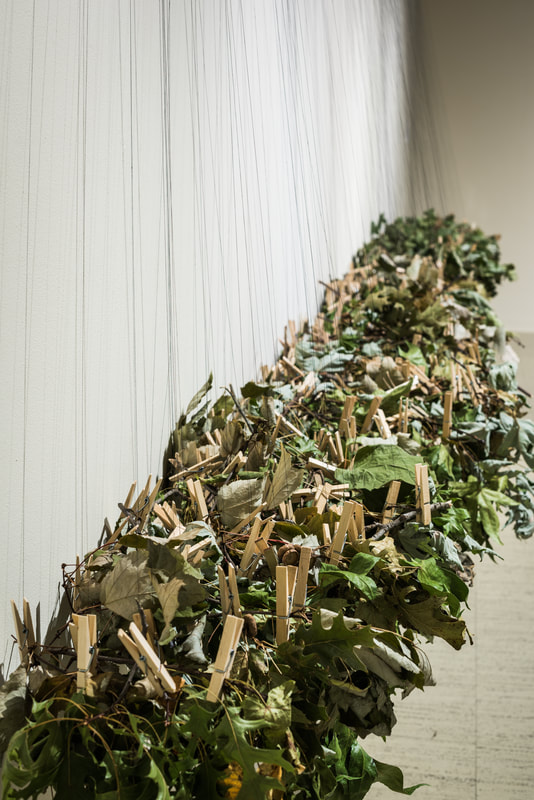 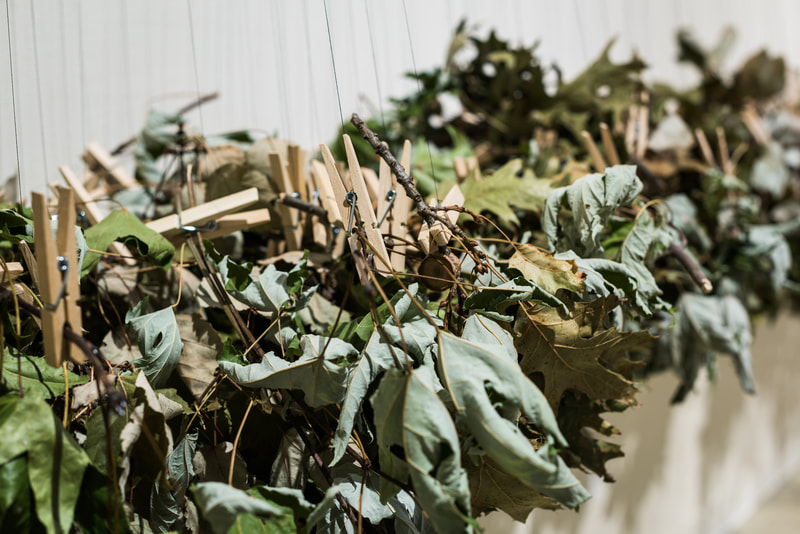